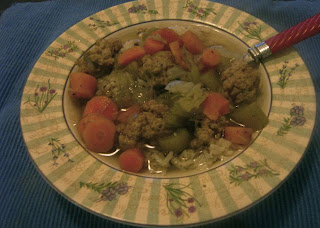 I've felt kind of crummy all weekend, I think I caught a cold or something. So, I decided to make the best thing for a cold, soup! There is tons of research on the healing properties of vegetable and chicken soups---but since I am a vegan I am only going to talk about vegetable soup. Since soup is largely liquid based, it helps keep you hydrated, which is key to fighting a cold. The vegetables also can act like anti-inflammatories and help lessen congestion and soreness. The protein in the seitan also helps boost your body's ability to fight off sickness as well. I'll post some links at the bottom.
Besides all those wonderful health qualities, who doesn't love a big steaming bowl of soup? That's the main reason I decided to make this. It conjures up happy memories of my mom bringing a bowl of her homemade soup and kissing me on the forehead to make me feel better. It's also proven that thinking of happy memories helps your immunity too (I watched a very good documentary recently called The Science of Healing with Dr. Esther Sternberg on the subject).
I guess this is based on my mom's chicken soup recipe, just minus the chicken. It's pretty much the standard vegetable soup recipe and it's very easy. I wanted more of the seitan I posted yesterday, I made up another batch to add more protein to the soup. I made my own broth because it makes all the difference in the world. Plus, there is way less sodium than the stuff in the box or can. 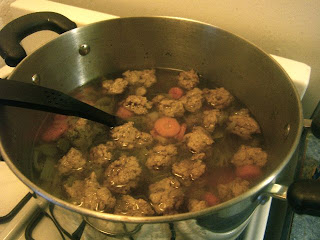 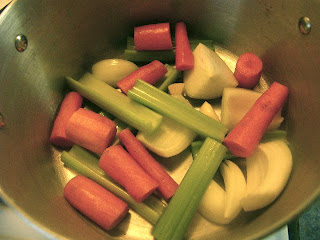 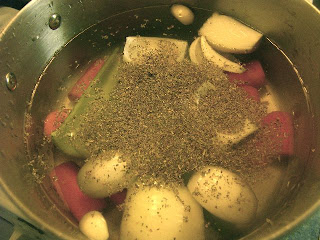 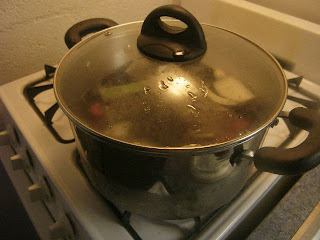 Cover and turn on the heat. Bring to a boil, then reduce to a simmer. Cook for about an hour, until the veggies are tender. 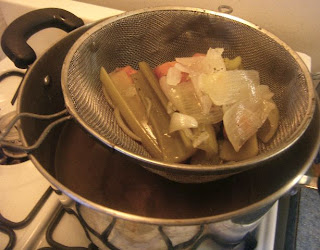 Remove the veggies. If you strain them, make sure you do not accidentally throw out the broth. Set the veggies aside to cool. Taste the broth and season with salt and pepper as needed. 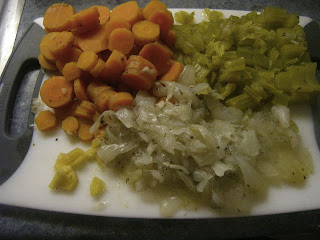 Once the veggies are cooled, chop into bite size pieces. Some people discard the garlic and ginger, but I chop it up too. 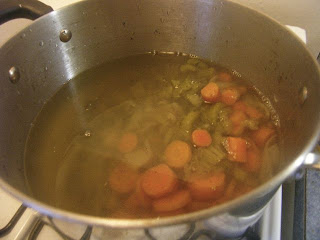 Add the veggies back to the broth. 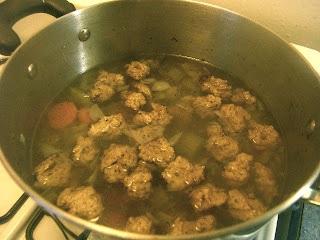 Add the seitan and turn the heat to low. Let it cook for a few minutes, just to warm everything back up.

I served mine over wild jasmine rice, but noodles would be wonderful too. 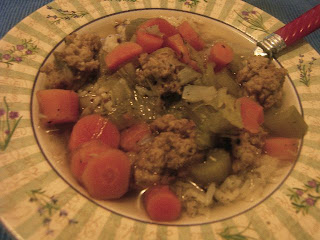 I hope I feel better tomorrow. And if not, I have plenty to soup to help me feel better.