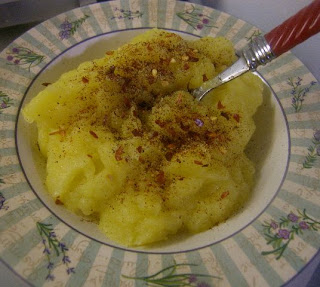 I mentioned yesterday in my Sopa de Mani post that I had a side of mashed plantains. They were so good I decided to give it it's own post. I have wanted to cook something with plantains for awhile now. I've never had them before, but I see them all the time in the Hilo Farmers Market. I finally bought some this weekend and then searched for a recipe. I kept finding various ways to to fry them, which does sound delicious but not the healthiest. Then, I found one for mashed plantains. Made just like mashed potatoes, but boiling plantains and adding a bit of spices. I loved the idea and thought it was the healthier option. 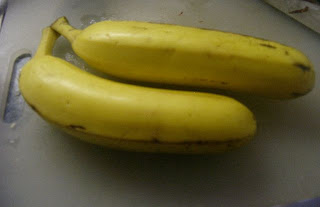 Plantains are less sweet and starchier than bananas. Common in the tropics and along the pacific, they are a staple in South and Central America cuisine. They need to be cooked before eaten and are usually eaten while still green (I used yellows ones because I did not know green ones are better for cooking). Like bananas, they are high in potassium and fiber. 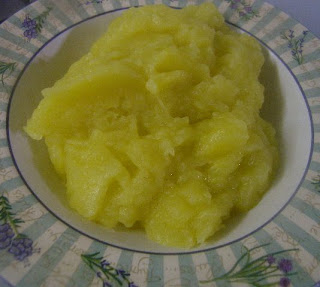 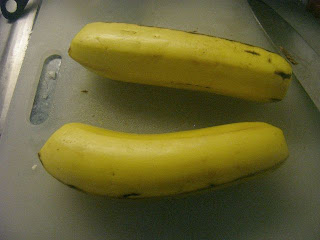 First, peal the plantains. This is best done by first cutting off the ends. 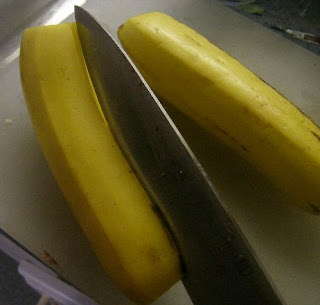 Then making an incision into the peal length wise. You might make another on the other side too. 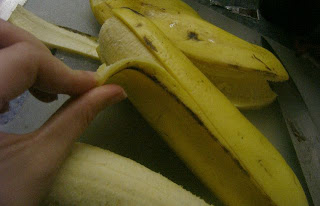 Then pull the peal off. 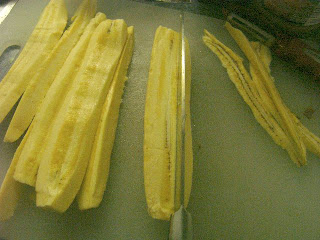 Next remove the seeds inside. Cut the plantain in half.

Then cut just to the side of the seeds. 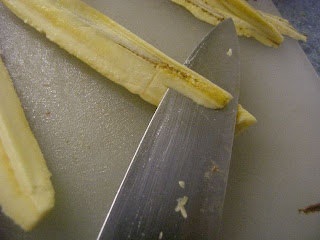 Now cut off the top strip with the seeds.

Cut the plantains into smaller pieces so they fit into the pot better. 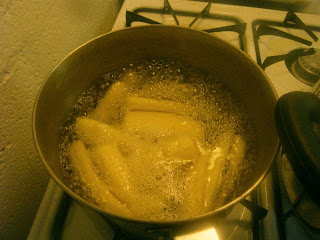 Add to a large pot or saucepan and cover with water.

Bring to boil over high heat and cook until tender. 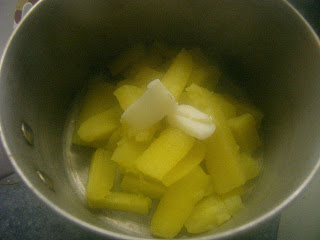 Drain and return back to the pot. Add the butter and mash until smooth. You may need to add a bit of water to help the texture.

Add the seasoning to taste.

Taste similar to bananas but a bit starchier. Sweet with some spice, but neutral enough to go with most main dishes. I even ate the leftovers for breakfast the next morning. 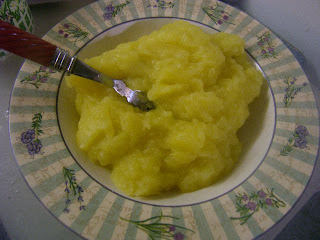 Email ThisBlogThis!Share to TwitterShare to FacebookShare to Pinterest
Labels: Bolvia