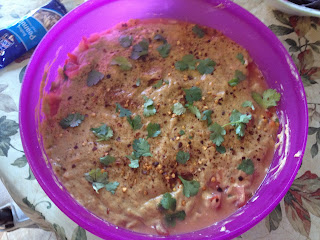 *This is repost, since for some unknown reason, the first one got deleted.


I hope you all had a fun Fourth of July!

Once again, so for not posting very often. As I mentioned in my last post, I am moving to California. I am still staying with Michael's parents and looking for a job (got some good leads so far!). Hopefully soon I will have a job and my own place so I get back to posting more.

Yesterday Michael's parents had a little BBQ so I thought I would make something nice for everyone too: five layer dip. I made this for a party before and it was gone within minutes. What's not to love about layers of spicy beans, creamy guacamole, tangy Tofutti sour cream, fresh salsa and gooey cheese sauce?


Some of the layers are from recipes I have posted before, so I will spare you the repeat and just post the links.


Drain and rinse the beans. Set aside.


Chop the onion and peppers into bite-sized pieces. Mince the jalapeño. 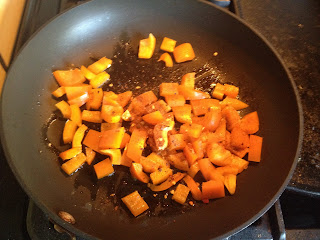 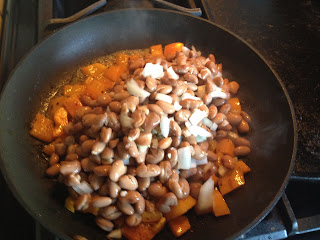 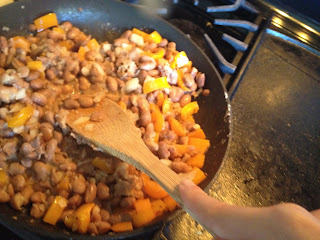 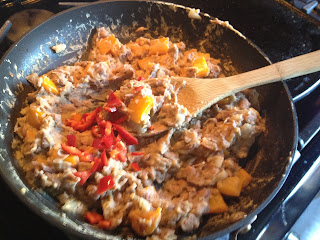 Spray a large skillet with cooking spray and heat over medium heat.


Saute the onions and peppers until slightly golden.


Cook until the beans are heated through. Mash the beans into a paste as it cooks.


Season with red pepper flakes, salt and pepper, and add the jalapeño.


Remove from heat and set aside to cool.


Dice tomatoes and onions, then add to a large bowl. 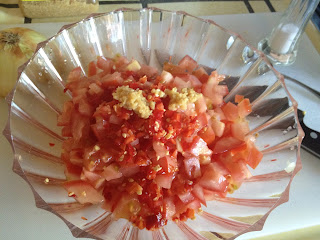 Mince the garlic and jalapeños and, add to the bowl.


Add the cilantro and mix. Season with salt and pepper to taste.


Cover and refrigerate until ready to use.


Assembly:
I suggest doing this in a large see-through (I know I did it in a pink one, it was the biggest one I could find) bowl or dish so you can see all the contrasting layers.


In the bottom of the large bowl, spread an even layer of the Spicy Beans. 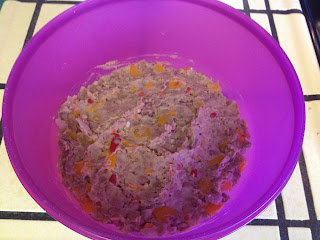 Second, spread on the Basic Guacamole. 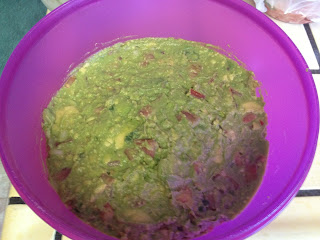 Next, cover with as much sour cream as you like. 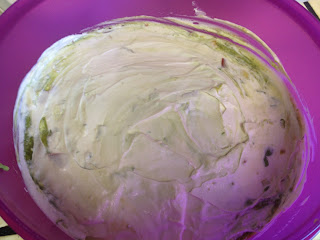 Then, put the salsa on top of the sour cream. 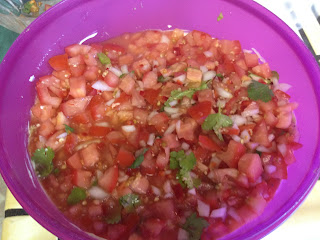 Lastly, pour on the cheese sauce. Garnish with some red pepper flakes and cilantro.

This was big hit! We munched on this while the grill heated up and it was devoured quickly. 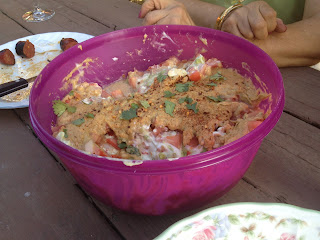